There is a period of years during a woman’s life before menopause when hormones have begun to change while the body transitions into menopause. This phase is called periomenopause. During periomenopause a woman may experience abnormal uterine bleeding. 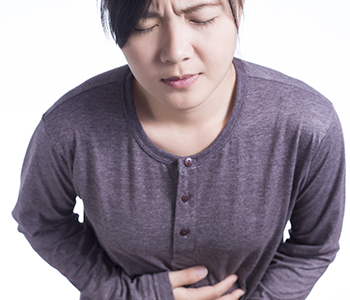 How Long Does Periomenopause Last?

Every woman has a different experience but the phase of periomenopause can last up to 10 years. By definition, a woman has not entered menopause until they have been without a menstrual period for 1 year.

During a normal menstrual cycle a women’s hormones change in a cyclic pattern which causes a fairly consistent menstrual period. During periomenopause a woman will experience abnormal uterine bleeding or spotting. The severity of the bleeding can fluctuate during this phase as can the duration of each menstrual period.

In addition to abnormal uterine bleeding there are other signs that a woman has entered the perimenopause phase, and your gynecologist should be able to help with these:

Abnormal uterine bleeding (AUB) is a common issue seen by gynecologists. It’s mainly caused by hormonal problems, vaginal infections, and uterine fibroids/polyps. A woman experiencing AUB should visit a gynecologist. A proper evaluation comprises an examination, often including an ultrasound scan and sometimes, a biopsy. AUB can be treated successfully.


What Are the Signs of Abnormal Bleeding

According to ACOG the following are signs of abnormal bleeding:

It is important to understand these signs and not assume that any type of abnormal uterine bleeding is a sign of periomenopause. There are other circumstances that can cause irregular bleeding.

Other causes for irregular bleeding include the presence of polyps or fibroids that develop and attach on the uterine wall as well as endometrial atrophy which is the thinning of the tissue that lines the uterus which happens because of low estrogen levels.

In contrast endometrial hyperplasia is when the lining thickens often because of excess estrogen. In certain cases the lining becomes abnormal and leads to endometrial cancer. Each of these issues can result in abnormal uterine bleeding.

If you are experiencing irregular bleeding it is important to contact your obstetrician and gynecology provider right away. Abnormal uterine bleeding can be a warning sign for something more serious. If your gynecologist is concerned about the bleeding they might recommend, an endometrial biopsy or sonohystogram or potentially a hysteroscopy.

At Northwestern Women’s Health Associates our experienced providers can evaluate the presence of abnormal uterine bleeding and determine the best course of action. You can schedule an appointment by calling 312-440-9400 or you can request an appointment online.

DISCLAIMER: All information on this website is provided for informational purposes only and is not intended to be construed as medical advice. Northwestern Women’s Health Associates  shall not be liable for any errors or inaccuracies contained herein, or any actions taken in reliance thereon.

Back to Home Page

Making use of advanced technology and staying on the cutting edge of women’s healthcare, our team of experts is dedicated to providing every woman who visits our office with the highest level of sensitive, specialized care. At our office in Chicago, you can receive exceptional obstetrics and gynecology (OBGYN) services from any one of our highly skilled doctors, including Stanley Friedell, MD; Marc Feldstein, MD; Abbie Roth, MD; Regina Belmonte, MD; Sharon Wise, MD; Julianne Morton, MD; Whitney Dunn, MD; and Aleena Lakhanpal, MD. With their combined expertise, this team of board-certified doctors at Northwestern Women's Health Associates makes it possible for you to receive efficient, personalized care from the preeminent women’s hospital in the Midwest.
Book an Appointment