Dr. Feldstein is everything you want in a doctor. He takes the time to get to know you as a patient, which is a rarity nowadays. He is also incredibly smart - you have 100% confidence that he's treating you with the best care. He truly treats you as if he were treating his own family. I've had both "normal" and "hard" pregnancies, and I'm forever grateful for the care from Dr. Feldstein during all the good and bad times. When I think of the pregnancy/birth of my beautiful babies, I fondly think of the care I received from Dr. Feldstein. So much so, that I've referred both my sister, my best friend, and many co-workers to him. 5+ stars! Kate LaMantia 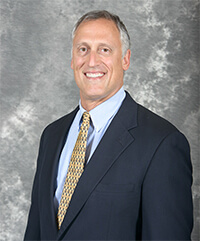 Northwestern Women’s Health Associates has had the privilege of Dr. Feldstein’s expertise and experience in obstetrics and gynecology since 1994. He is Board-certified, and is a Fellow of the American College of Obstetricians & Gynecologists.

In 1986, Dr. Feldstein earned a Bachelor of Science degree in biology and chemistry from Union College in New York. He received Doctor of Medicine credentials from Chicago Medical School in Illinois in 1990. He completed residency at Washington University School of Medicine’s Barnes Hospital in Missouri, serving as Chief Resident in 1994.

He is Associate Professor of Clinical Obstetrics and Gynecology at Northwestern Feinberg Medical School, and is quite active in the teaching mission of that institution. Dr. Feldstein was elected to the Feinberg Academy of Medical Educators, the Northwestern Medical School honor society for faculty.

The doctor lecturers on Obstetrics and Gynecology, for the Department of Clinical Sciences at the Chicago Medical School, Rosalind Franklin University.

Chief Resident (1993-1994).
Second Place in the annual David B. Rothman Resident Research Presentations Competition.
Winner of the 1994 Wyeth-Ayerst Award for the highest score on the annual Council on Resident Education in Obstetrics and Gynecology (CREOG) examination.

The doctor is affiliated with Northwestern Memorial Hospital/Prentice Women's Hospital in Chicago, where he maintains admitting privileges.

Dr. Feldstein enjoys time with family whenever he is not caring for patients. His wife, a CPA by profession, shares the doctor’s love of animals. During high school, she was the Ohio state horseback riding champion! They have three talented children – a daughter, formerly a Glenbrook South Pom team member, currently enrolled at University of Illinois; a son involved in high school basketball and track and field; and another on the national traveling team for lacrosse.