See Our Safety Plan
I’m pregnant Should I get the COVID vaccine?

Solutions for heavy menses found with your Chicago, IL OBGYN 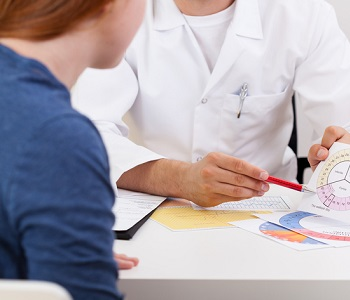 Abnormally heavy bleeding such as this can pose an enormous obstacle to quality living. Many women find that their schedule becomes dictated by their period. It is more appealing to simply forego social events than to face potential embarrassment if bleeding becomes excessive at an inopportune time. In addition to the emotional toll of heavy menses, our Chicago, IL patients also need to be aware of the health consequences of abnormally heavy menstrual bleeding.

Women chronically affected heavy menses, also called menorrhagia, are at an increased risk of low iron, or anemia. Depending on the severity of blood loss, a woman's overall volume may be affected and she may experience symptoms such as severe fatigue, shortness of breath, and heart palpitations. In some cases, hospitalization may be necessary to relieve these side effects.

While there are certain lifestyle remedies suggested for heavy menses, the physicians of Northwestern Women's Health Associates, S.C. encourage patients to schedule a consultation and examination before attempting to treat heavy menses on their own. Professional medical care typically seeks to remedy this problem in the most conservative manner, using medical therapies before considering surgical intervention.

Evaluation will involve a history and examination. It will also often include an ultrasound and may include a sonohystogram, where fluid is injected into the uterus. A uterine sampling may also be needed.

Some of the treatments that may be considered for heavy menses include: Additional medications exist for the short-term treatment of heavy menses and may be recommended as needed. There are also options for minimally invasive procedures such as endometrial ablation, uterine artery embolization, hysteroscopy, myomectomy, hysterectomy, considered based on the cause of heavy menstrual bleeding and the individual patient's long term goals as they relate to conception.

The physician team at Northwestern Women's Health Associates, S.C. has a wealth of knowledge and practical experience handing a variety of reproductive issues. Schedule your consultation by calling . Back to Gynecology Home Page