Recognizing symptoms of ovarian cysts and finding treatments in Chicago

If you have had regular menstrual cycles, you have probably had an ovarian cyst, as well. They occur at some point in most ovulating women and usually resolve naturally without any issues. However, about eight percent of premenopausal women develop cysts that cause problematic symptoms and require medical treatments. The doctors at Northwestern Women’s Health Associates S.C. in Chicago, IL share this information to help you determine when to seek professional care. 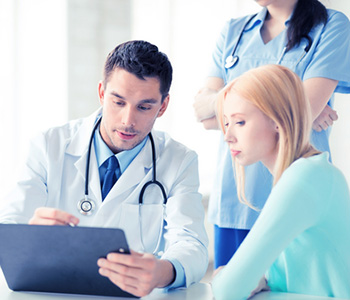 Ovulation is the clinical term for the release of an egg from a woman’s ovary, which normally happens once a month. A cyst is a sac filled with fluid. Thus, an ovarian cyst is a fluid-filled sac on an ovary. A single ovarian cyst may form, or a woman could develop a cluster of small ones, called polycystic ovary syndrome (PCOS). This condition may prevent conception.

While functional ovarian cysts can occur at any age, they are most common in women who ovulate regularly. Though rarely malignant (cancerous), ovarian cysts that occur after menopause can be an indication of a higher risk of ovarian cancer.

Functional ovarian cysts are most often triggered by hormonal imbalance. Formation of an ovarian cyst is also normal in the early stage of pregnancy, while the placenta forms. However, an ovarian cyst can also be a result of serious pelvic infection, or a tumor growth.. If you have any of these symptoms, please see a gynecologist right away: 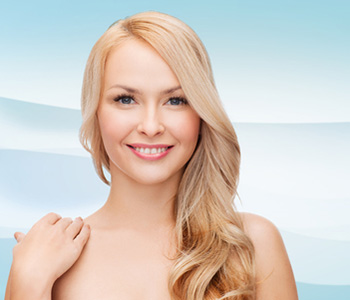 At Northwestern Women’s Health Associates S.C., diagnosis includes physical examination and evaluation of symptoms. The doctor may order an ultrasound, a painless imaging test that uses sound waves to identify the existence, shape, size, and location of a mass. Hormone level tests, a blood workup, and a pregnancy test provide other vital information for treatment planning.

In many cases, functional ovarian cysts can be treated successfully without surgery. Pain medications can relieve discomfort until a cyst goes away naturally. Oral contraceptives may be prescribed to help balance hormones and reduce the chance of further cyst development.

For a cyst that is causing uncomfortable symptoms but appears to be benign (non-cancerous), laparoscopic surgery may be recommended. This minimally invasive outpatient procedure requires only a small incision at the navel and two other small incisions in the lower abdomen. The doctor inserts special instruments through these access points to remove the cysts of the ovary.

In the case of a large cyst, when both ovaries are involved, or when a mass is suspected to be cancerous, laparotomy  might have to be done. This more invasive surgical procedure allows the doctor to collect tissue samples for biopsy while removing cysts and/or ovaries.

Would you like to learn more about the symptoms of ovarian cysts and treatments available in Chicago? Call 312-440-9400 to schedule an appointment at Northwestern Women’s Health Associates S.C. You are assured of all the information you need to make an informed decision on the treatment path best suited to your situation.

Back To Blog Page

Making use of advanced technology and staying on the cutting edge of women’s healthcare, our team of experts is dedicated to providing every woman who visits our office with the highest level of sensitive, specialized care. At our office in Chicago, you can receive exceptional obstetrics and gynecology (OBGYN) services from any one of our highly skilled doctors, including Stanley Friedell, MD; Marc Feldstein, MD; Abbie Roth, MD; Regina Belmonte, MD; Sharon Wise, MD; Julianne Morton, MD; Whitney Dunn, MD; and Aleena Lakhanpal, MD. With their combined expertise, this team of board-certified doctors at Northwestern Women's Health Associates makes it possible for you to receive efficient, personalized care from the preeminent women’s hospital in the Midwest.
Book an Appointment