Compare birth control methods and which option suits you best, with your Chicago, IL gynecologist

Birth control is an important part of many women’s family planning and with more options than ever before, it can be daunting to figure out which method is right for you. Below, our team of gynecologists at Northwestern Women’s Health Associates S.C. in Chicago, IL explains the most commonly used forms of birth control, how they work, how long they last, and other important information. 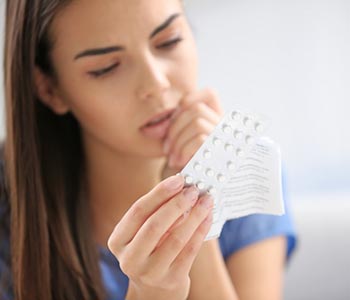 The IUD and implant are both very low-maintenance methods of birth control that are 99% effective. The implant lasts up to three years and depending on the type of IUD a woman gets, it can last between three to ten years, making both forms of birth control a great choice for women who want to get a procedure done one time and then forget about it.

The IUD, which stands for intrauterine device, is a small device that a gynecologist places into your uterus, where it slowly releases the hormone progestin, which prevents pregnancy. There are four current brands of FDA-approved hormonal IUDs in the United States right now: Mirena, Liletta, Sklya, and Kyleena. A copper IUD called Paragard is also available, which does not contain any hormones.

A birth control implant is a small rod—approximately the size of a matchstick—that is placed beneath the skin on your upper arm, where it slowly releases the hormone progestin.

Even though the IUD and implant last a long time, they are not permanent, and you can remove them at any time you choose. Typically, it is possible to get pregnant immediately after the device removal.

There are a number of birth control options that you use on a schedule—depending on the method, the schedule can range from daily to every three months. These tend to be slightly less effective than long-term options such as the IUD and implant but tend to be cheaper and do not require a medical procedure to be inserted or removed.

Methods you use every time 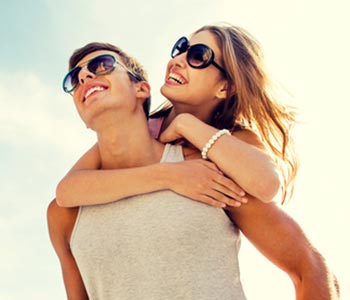 Several birth control methods are available that do not involve the use of hormones but need to be used every time you have sexual intercourse. These methods tend to be the cheapest, but are also the least effective, with efficacy rates between 71-88%.

The condom, diaphragm, and internal condom, are all methods of placing a physical barrier between the male’s ejaculate and the female’s egg to prevent them from joining to form a baby. Spermicide is a liquid that is used to kill sperm and can be used either on its own or in conjunction with a barrier method to improve its effectiveness. We always recommend using spermicide with a barrier method at the same time. The birth control sponge is a soft piece of plastic that creates a physical barrier and already contains spermicide when you purchase it.

Both men and women have options for birth control that should be considered permanent: tubal ligation for women and vasectomy for men. Both of these are surgical procedures that can cost up to several thousand dollars, and they involve cutting, closing, or otherwise blocking the tubes that carry eggs in women (fallopian tubes) and sperm in men (vas deferens).

Learn more about your options

At Northwestern Women’s Health Associates S.C., we are always happy to take the time to discuss birth control methods and answer any questions that our patients have. Everyone has different bodies and preferences, so there is no one-size-fits-all approach to birth control. If you are in the Chicago, IL area and want to learn more about your birth control options, call us at 312-440-9400 today!

Home » Compare birth control methods and which option suits you best, with your Chicago, IL gynecologist