Attention!
In light of the current COVID-19 Pandemic, we are taking precautions to protect our patients and staff.

Chicago, doctor discusses pap smears and what to do if yours is abnormal

It’s estimated that ever year in the United States, nearly 13,000 women are diagnosed with cervical cancer, and of those diagnosed, almost 5,000 of them will die from the disease. Worse still, many of these deaths could have been avoided through early detection. The team at Northwestern Women’s Health Associates, knows all too well the potentially devastating effects of cervical cancer, which is why we encourage women to schedule annual exams with a pap smear.

What is a pap smear and why is it important?

Pap smears save lives. The test is a quick and effective screening for cervical cancer. Your cervix is the narrow passage at the end of the uterus. During a pelvic exam, the doctor will use a spatula and a soft brush to take a small sampling of cells from your cervix and send them to a lab where they are screened for irregularities that could eventually progress into cervical cancer. If a pap smear is abnormal, treatment can be provided to prevent the cancer from developing.

Who should have a pap smear?

It is recommended by the American Society of Obstetricians and Gynecologists that starting at 21 years old, women should have a pap test every two years. For women over the age of 30, that frequency may change to once every three years if there have been three consecutive normal tests. Women who have had abnormal tests may require more frequent pap smears. Women over the age of 65 typically no longer require pap smears, however those who are sexually active and with a history of abnormal pap smears or treatment for cervical cancer may still require testing.

What does a pap smear detect?

Pap smear tests are not designed to diagnose cervical cancer, but rather to detect changes in cells that could potentially develop into cancer later. When the results of a pap test are abnormal, the doctor will recommend treatment options to prevent the development of cancer.

While the idea of a pap smear test seems awkward or uncomfortable, the good news is that this lifesaving test is quick and painless. Most pap smears occur during a yearly pelvic exam. During the procedure, your gynecologist will use a device called a speculum which allows him or her to have a better view of the cervix. The doctor then uses a small, soft brush to swab cells from the cervix. These cells are then sent to a laboratory for microscopic evaluation. Numbing spray may be used to make the process more comfortable. 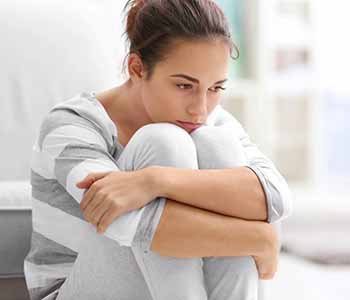 While pap smears are very effective in detecting cell irregularities, they are not 100 percent positive. If a pap smear comes back negative, it means that there was no detection of abnormal cells. However, in some cases, a false-negative may occur because either there were not enough cells collected or there is a low number of abnormal cells.

If the pap smear comes back positive, that signals the presence of abnormal cells or cancer cells. Depending on the results, the gynecologist may recommend doing a repeat test in four to six months or a colposcopy, which allows the doctor to look more closely at the cervix and take a tissue sample for biopsy.

Some of the most common cell abnormalities are:

Pap smear testing is one of the most critical aspects of women’s health. We recommend that all women speak with their doctors about their risk of developing cervical cancer to determine how often to have the test done. We also encourage you to spread the word about the importance of pap testing by reminding your friends and family to check with their doctors and get tested. Together, we can lower the rates of preventable cervical cancer. If you are in Chicago, call us at 312-440-9400 for more information on pap smear tests.

Back to Blog Page

Home » Chicago, doctor discusses pap smears and what to do if yours is abnormal

Making use of advanced technology and staying on the cutting edge of women’s healthcare, our team of experts is dedicated to providing every woman who visits our office with the highest level of sensitive, specialized care. At our office in Chicago, you can receive exceptional obstetrics and gynecology (OBGYN) services from any one of our highly skilled doctors, including Stanley Friedell, MD; Marc Feldstein, MD; Abbie Roth, MD; Lisa Brunengraber, MD; Regina Belmonte, MD; Sharon Wise, MD; Julianne Morton, MD; and Whitney Dunn, MD. With their combined expertise, this team of board-certified doctors at Northwestern Women's Health Associates makes it possible for you to receive efficient, personalized care from the preeminent women’s hospital in the Midwest.
Book an Appointment